The sun and heat welcomed us to the capital of Cambodia! We had just disembarked from the boat and we were already hearing a sound that would soon become familiar : “You want Tuk Tuk ?”, “Tuk Tuk Sir?”

Our hotel being just 1km away we refused and walked away, loaded with our backpacks…after a few days of rest, Adventure was back on!

We left our luggage in the room and went for a walk around the city. After visiting Saigon (and other cities of Vietnam), it was pleasant to see less traffic on the streets and wide pedestrians avenues like the walk of Sisowat Quay along Mekong river, the Wat Botum Park, or Preah Suramarit Boulevard leading to the monument of Independence, where people were exercising or mediating… 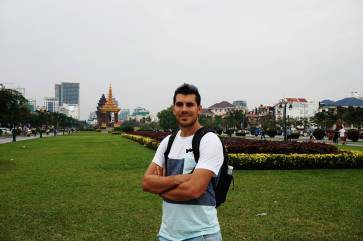 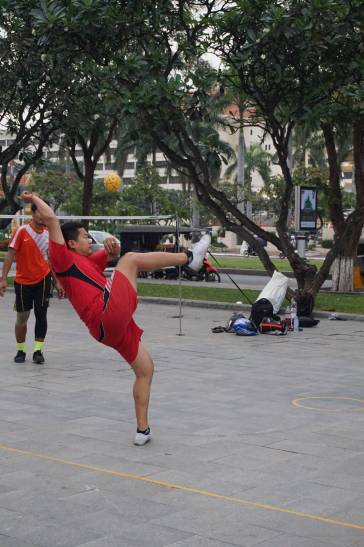 In fact, it seemed that half the city was under renovation. After its dark times of the 1970’s, the city seems to be now surfing on the fast development wave just like other cities of South East Asia : recent skyscrapers and many new ones under construction (which contrasts with colonial buildings and temples)… 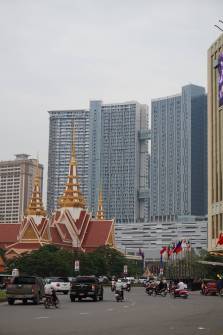 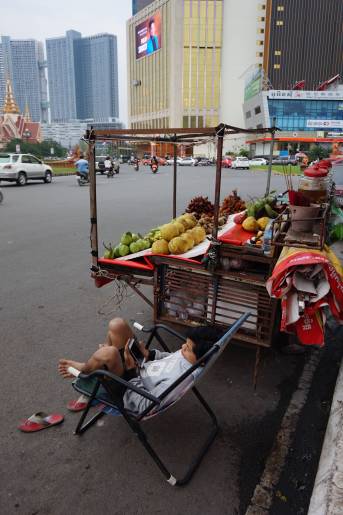 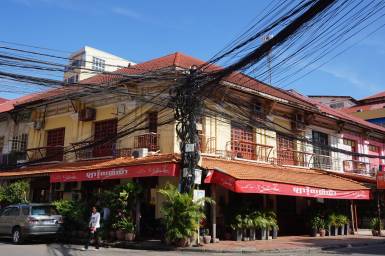 The next day we visited the basics: The first stop was the National Museum where we could refresh our knowledge about Hinduism and Buddhism and see some of the most important statues of Angkor Watt. We then we walked all the way to the Central Market and to Wat Phnom temple, and finished with the Royal Palace. The latter is similar to the one in Bangkok in terms of building distribution, colors, paintings, etc. Although it is smaller and that its Emerald Buddha is more shiny! 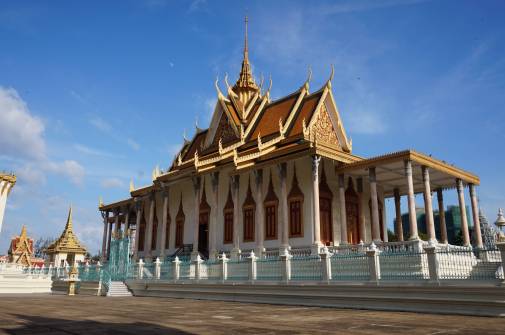 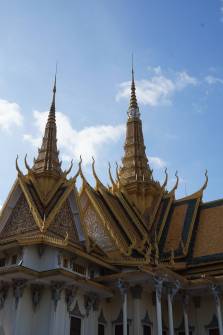 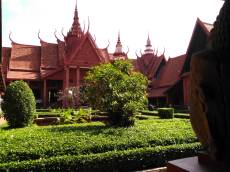 We also made it to the night market the same night, but it was a little disappointing, mostly clothes are sold there.

Then came the day to be immersed into the cruel times of the Kapuchea Democratic control of the country by visiting the “the Killing fields” of Choeung Ek, and Tuol Sleng known as the Genocide museum that is set in the former S21 prison. I went alone this time because Lisa already experienced it some years ago, and it is not something you would like to repeat…I would say that everyone who comes to Cambodia should go there, it is not fun – sometimes really tough, but it explains clearly a part of History that shouldn’t be forgotten, just like any other genocide… I will not enter into details, but just make summarize for those like me who did not know well this dark chapter of history:

The Red Khmers movement was an extremist movement based on Communism in response of the new hegemony of Capitalism…Its leadership was composed by people who studied and lived abroad, that got inspired by Mao Zedong but became even more radical about nationalism and even racism : They thought that everything should be based on agriculture and a central control, out of any city, and were against any type of development of the person, business or religion. This guerrilla troupe grew and made a coup by taking Phnom Penh on 11th April 1975 and overthrowing the current military dictatorship. At first they were well received by the main part of the population because they were presented as the solution to end with the poor management of the nation and the menace from the US that were bombing the country to cut supplies to Vietnam. Nonetheless as soon as they took the control they deported all the people from the cities, identified as being out of their ideals and judged as traitors, to be executed.

The regime lasted 3 years and 8 months, between 1975 and 1979 with the intervention of South Vietnam armies. During this time a fourth of Cambodia population was exterminated – more than 2 millions of people.

The Genocide Museum is set in the location of the former special prison “S21” which before was a high school, converted by the Red Khmer to be one of their more secret center to capture people, have them saying that they had something to confess against Angkar – the new ideology and power – in order to be deported to camps for their execution. The installations have been preserved like they were. You can pass through rooms that were former cells or torture. You can also see a lot of pictures or archives documents that were preserved…The audio guide is rich in information, and at the exit you can meet some survivors who now are trying to sell their books.

“The Killing fields” of Choeung Ek, was a camp that received the people to be exterminated…Not much of the former installations have been preserved but you can feel the heavy atmosphere and feel uncomfortable about the stories you learn about the location, how they had the people working, starving, before being executed as part of games from their guards…

It is difficult to think that it was real…On the way back in the tuk-tuk I felt as I was coming back from another world, it is really difficult to switch the emotion, to find something to do or say after that…I forced myself to think that after the storm comes something better. 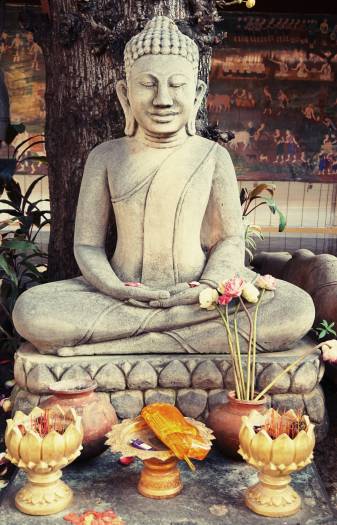